Those American Baby Boomers born between 1946 and 1964 are facing some pretty serious issues in the foreseeable future none of which are as daunting as the cost of housing in their retirement years.  Notwithstanding the estimated costs of $220,000 a couple will need in retirement for health care costs housing costs will dwarf that number as most experts believe that boomers will be forced to spend in excess of 30% of their monthly incomes supporting their abodes.  The struggle is just beginning because housing costs, both for ownership and for rentals, is skyrocketing throughout the country.

Adult Populations Including Baby Boomers Will Double By 2030 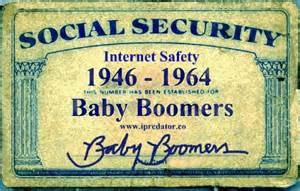 It is estimated that by 2030 the number of adults aged 65 or older will more than double (current population) to 73 million.  A study conducted by the Harvard Joint Center for Housing Studies and the AARP foundation was recently completed which concluded some of the data leading to these serious concerns.  Because housing costs are so expensive and take up so much of a retiree’s monthly income it is feared that more and more boomers will have significantly less money for transportation, medical care, clothing, and even food.

Baby Boomers Are Carrying Mortgage Debt Into Retirement Like Never Before

Different than the most recent generation many Baby Boomers are today carrying significant mortgage debt into retirement.  The Harvard study concluded that more than 70% of younger Boomers aged 50 to 64, and 40% of those Boomers aged 65 and older still are carrying loan balances on their mortgage accounts.  These numbers are significant because older Americans with fixed incomes will have a difficult time maintaining their payments if other expenses increase, like medical treatment, long-term health care costs, and the like.  This situation is putting this generation of Americans in a financially dangerous category. 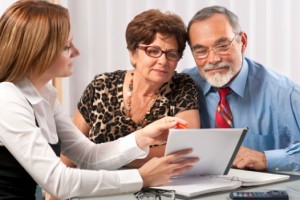 Credit card debt is not expensable yet millions upon millions of Baby Boomers are forced to carry this “bad” debt due to the high cost of living and surviving in today’s world.  The average 65 year old now carries $7,200 in credit card or auto loan debt compared to $4,300 in 1992.  Inflation is helping this staggering figure look big but no matter how you look at it the debt burden is huge and not getting any smaller.

Poverty Will Strike Many Baby Boomers In Retirement

As sad as it sounds the poverty reality will be worse.  Millions of Baby Boomers are projected to be living in poverty in their retirement years.  The number of 65 year old households that will be living on less than $15,000 in income per year is projected to grow by 40%.  This is a data point which we have never seen.  Moreover, we are not equipped to deal with it as well.

Downsizing Is The Answer For Baby Boomers In Retirement 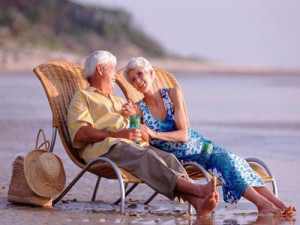 Moving out of the big home and into a smaller, single-level condo is a great strategy to overcome some of the increased housing costs in the future.  Additionally, if one takes advantage of the property tax transfer rules in California like Proposition 60 and 90 further savings are to be had.  Finally, employing a strategy wherein a home were converted to an investment property, with a professional property manager to handle tasks, to further take advantage of federal and state laws for tax deferment or tax avoidance are all to be considered.

Many Strategies Await You – All You Have To Do Is Ask

The future is not all doom and gloom.  The federal and state governments have provided numerous opportunities for individual to take advantage of real estate investing and strategic planning.  These housing and investment strategies are for Baby Boomers in particular who have increased costs and concerns based on the likelihood of fixed incomes into the future.  Tax deferment and tax avoidance strategies using married couple exemptions along with IRC 1031 tax deferred exchanges are just the tip of the iceberg.  If you are interested in exploring some of these strategies please don’t hesitate to contact me.  I would love to give you some sound ideas and strategies to consider such that you may be able to improve the quality of your economic situation in the last few decades of your life.