There is currently a wide-based effort to widen El Camino Real into a pedestrian friendly thoroughfare, however, those portions of real estate within the city limits of Palo Alto will not be widened without a fight. Palo Alto City Councilmembers have proposed an ordinance which will widen sections of El Camino from 12’ to 15-18’.

This proposed ordinance is sought to reduce or mitigate recent development projects which neighbors have called “too big”, “too dense” and “too close” to the existing sidewalks. The proposed ordinance also attempts to create more of a pedestrian corridor and European style boulevards. Finally, this proposed ordinance also modifies the existing ‘build to line’ standard which currently requires the front of new buildings to be 12 feet away from the curb. The modification would allow the ground floor building to be further away from the curb (which allows more space for pedestrians), but at the same time allow the upper portions of the building to be closer. 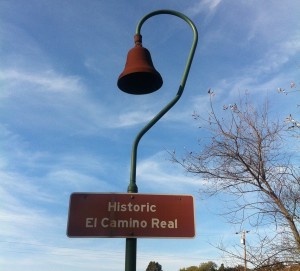 Palo Alto planners say this proposed ordinance is a region-wide effort to spruce up the El Camino Real corridor and at the same time reduce the impact and mass of larger developments. Another change in the proposed ordinance attempts to reduce the allowable units per acre. A recent state law change increased the allowable units from 15 to 20 units per acre. Palo Alto staff are looking at requiring a Floor Area Ratio determination to limit the amount of units per acre which will effectively limit the size of units along El Camino if passed.

Several property owners are opposed to this ordinance as burdensome, over bearing on small properties along El Camino, and unnecessary because El Camino is not a pedestrian friendly walk because it is more like an expressway or a highway. Some property owners have suggested that if they pass this new ordinance they should reduce the height restrictions to make up the difference of lost real estate to develop due to sidewalk widening.

The City’s Planning and Transportation Commission is scheduled to discuss the proposed changes on April 9 and probably other future dates as well.