How Should Cities Deal With Developers And Affordable Housing Proponents?

How do cities in tech-rich Silicon Valley curb skyrocketing housing costs while at the same time appease developers to build more affordable housing units?  In the city where Google Inc. resides the conundrum of housing is a bubbling caldron between residents, developers, and city staff.  The peninsula, where Mountain View is located, is experiencing a rapidly growing workforce that incorporates both high-earning educated professionals and a sub-set of low earning individuals to supply the service industry that is growing right along with the population.  The peninsula housing stock and developable land is the carrot which keeps getting more expensive by the day.  Cities like Mountain View are considering ways to improve the situation for its future residents, but faces business realities which do not bode well for people looking for affordable housing. 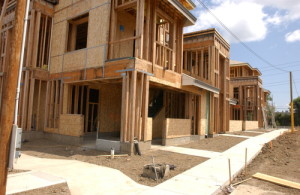 In order to help relieve the affordable housing shortfalls Mountain View is currently evaluating increases in three different types of developer fees; 1) an increase of $10 to $15 per foot on new technology office projects; 2) a 1% hike on for-sale housing fees; and 3) a $5 per square foot jump on rental housing fees.  There are several problems which may arise if developers continue to bare the burden of the affordable housing crisis which include potential litigation and possibly even a refusal to build with ever-increasing fees being added to projects.

What Is Responsible For Ever-Increasing Housing Costs?

Are new office projects and luxury housing complexes partially or mostly responsible for the increasing average rental costs in Mountain View?  Are these “desirable” projects what have driven the average rent for a one-bed apartment to $2,400?  Moreover, with building costs so high in the Bay Area how can affordable housing be added in a cost effective manner?  Finally, will increased developer fees withstand judicial scrutiny?

The city is considering raising the developer fees for single-family housing from 3% to 4% (in lieu of building below-market housing BMR).  The city’s rental impact fee could possibly rise from $15/sq. ft. from $10.26/sq. ft. (San Jose is presently considering $17/sq. ft.).  Finally, the proposed increases on commercial development office projects are from $10.26 sq. ft. to $20-$25/sq. ft.   The proposed increases on retail, hotels, and smaller commercial buildings are from $3/sq. ft. to $10-$12.50/sq. ft.

Notwithstanding all of these proposed increases the real test will probably be when the years long California Building Industry Association (CBIA) v. City of San Jose lawsuit finally gets decided.  The CBIA filed suit against San Jose Inclusionary Zoning Ordinance basically saying that the City of San Jose failed to show proof that market rate housing negatively affected the city and that the increased fees and requirements on developers were not justified with evidence.    If the CBIA ultimately prevails most jurisdictions, including Mountain View can be looking for other ways to get fees from developers which will be extremely difficult.

Cities May Find Themselves In A Bind In Short Order 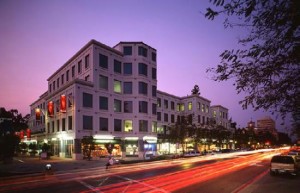 If cities keep believing that their budgets will continue to be bolstered by increasing developer fees they should think again.  If the CBIA lawsuit goes against San Jose, all cities will have to rethink their strategies because all of their fees will be challenged in court (probably).  Importantly, the next time there is a downturn in construction all of those fees ‘on the come’ will not be there and the city staffs will have to take cuts.

Affordable Housing Has Uphill Battle No Matter What 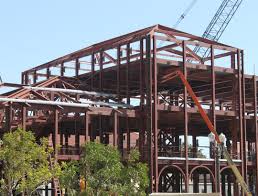