Palo Alto will be the recipient of more public art.  The City Council voted 8-0 last week to increase the “percent for art” policy which will now include residential projects of five units or more as well continuing to include commercial developments that are at least 10,000 sq. ft. and have minimum costs of $200,000.  The City Council also approved a proposal to create a public art master plan.

Why is this important to Palo Alto?  It is well known that Cities gain value through public art – cultural, social, and economic value.  Diverse public art is a distinguishing part of a public’s history and its evolving city culture.  Public art reflects and reveals our societal fabric, adds meaning to our cities and uniqueness to communities.  Public art humanizes the structural environment and makes public spaces come to life.  This art provides a looking glass between past, present and future.  Importantly, public art is freely accessible to all who come to a city.

U.S. cities, villages, towns, and communities desire to attract people to live in and visit their downtowns, their cultural centers, and their marketplaces.  Having a unique community identity, especially in terms of what our cities, villages, towns, and communities look like, is becoming even more important in a world where everyplace tends to looks like the same place just down the road.  Downtowns with strong and vibrant public art expressions break the trend of blandness and sameness, improve the eclectic feel of the culture, and give communities a stronger sense of identity.   Absent a strong public art program, we would be missing out on allowing our human identities to be revealed. 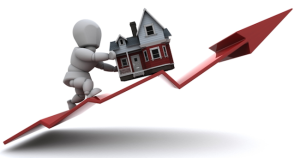