Previously known as Gubserville1 during the 1880-90’s West San Jose’s Country Lane Neighborhood is rapidly becoming one of the most sought-after neighborhoods in the West Valley for several varying reasons.  First of all it is bordered with well-defined boundaries and has a centrally located amazing elementary school which kids and families can walk to (Saratoga Avenue on the east, Doyle Road on the north, Lawrence Expressway on the west and Graves Avenue on the south).

Notwithstanding the amazing year-round weather in West San Jose, its ce 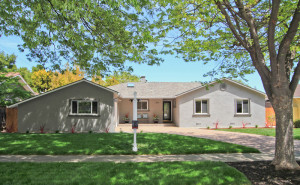 ntral location is a quick drive north on Lawrence Expressway to most of Silicon Valley.  A ten-minute drive east on highway 280 places one right in the middle of San Jose, the 10th largest City in the United States.  Amazing shopping centers including El Paseo de Saratoga, Westgate, Valley Fair, and Santana Row are all within driving minutes.  Most importantly, Country Lane Elementary School, which is dead-center in the neighborhood ranks as high and could be a part of any of the Cupertino, Saratoga, Los Altos, Mountain View, Palo Alto, or Menlo Park high-ranking schools and it wouldn’t miss a beat.

Finally, empirical data shows that the price per square foot for a Country Lane home is competing with some of the more upscale neighborhoods which is raising eyebrows and catching the attention of savvy investors in the West Valley. 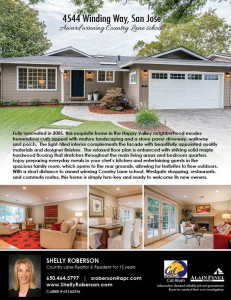 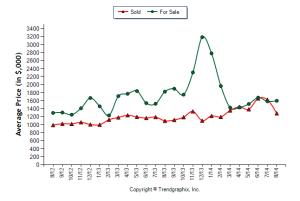 Country Lane school-aged kids attend desirable Moreland School District public schools; Easterbrook Discovery (K-8) and Country Lane Elementary (K-5).  Families come from all areas of the Bay Area and seek out Moreland schools.  Moreland schools are significantly diverse, have competitive athletic and rich extra-curricular programs, and the test scores of students are as high when compared with other highly-rated public schools on the Peninsula and U.S. [School attendance boundaries are subject to change and individual schools are subject to student body availability.  Verify enrollment status and individual availability with the Moreland School District]. 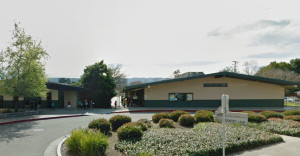 In the 1880s a German immigrant named Frank Gubser built a General Store on Saratoga Avenue.  In 1882 Gubser applied for and received approval to operate a Post Office.  He already had a successful Stage Stop at this location (1-½ acres along Saratoga Ave).  Gubserville lasted until postal delivery became popular which deteriorated his business in April 1897.  The Gubserville Historical plaque is located at 1485 Saratoga Ave.  Country Lane resident Mary Chaio Miller authored an award winning paper on Gubserville which can be found at the San Jose MLK Library in the California Room, 5th Floor. 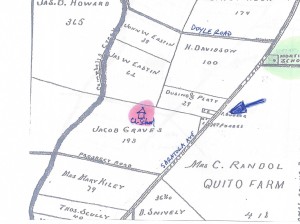 The map above is from the 1890s.  The green area circled is where Moreland School was located at Payne and Saratoga.  The border above the Davidson property is Doyle Road.  Calabazas Creek defines the western edge of Country Lane neighborhood.  Prospect Road and Saratoga Avenue are identifiable, and the pink dot is approximately where Country Lane School is today.  The arrow points to Gubser’s Post Office/Stage Stop.

Many people do not know that Country Lane neighborhood was partially used for growing grapes for wine making. 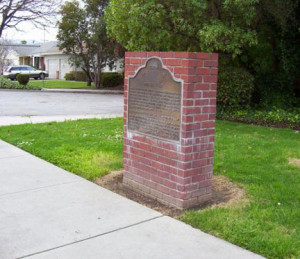 t In Country Lane Neighborhood Is A Clear-Cut Winner

Country Lane has approximately 90% owner-occupied residences however the geographical advantage for Country Lane to both downtown San Jose and Silicon Valley makes it an incredible location for real estate investors looking for excellent long-term buy and hold strategies.  Country Lane homes are becoming more expensive each day however, their long-term investment continues to pay dividends, increasing equity and a solid foundation for future growth – thus the price point shouldn’t deter a competent investor looking for West San Jose real estate.  A great strategy would be to buy a Country Lane home and then hire a professional property manager to manage and control the property for you.  The management fees are tax deductible and all of the tasks associated with the property are borne on the property manager. 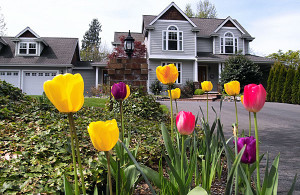